We explored the change of returning rhythms and used shadow plays from Platos allegory of the cave. The shadow play symbolized questions about the true self, authenticity, appearance and deception.
In the first room the visitor saw three videos facing each other. All three videos showed the same shadow play with slightly different elements. Unusual tunes were part of the projection and confusing game.
In the second room two big parachutes driven by two noisy ventilators blocked the path. The brave visitor could pass them.
In the last room a tent was exhibited. The tent was the place were the shadow plays were created. The same tent was open for the playful audience. In parallel a last video showed how the protagonists reacted to the projection of the shadow play. 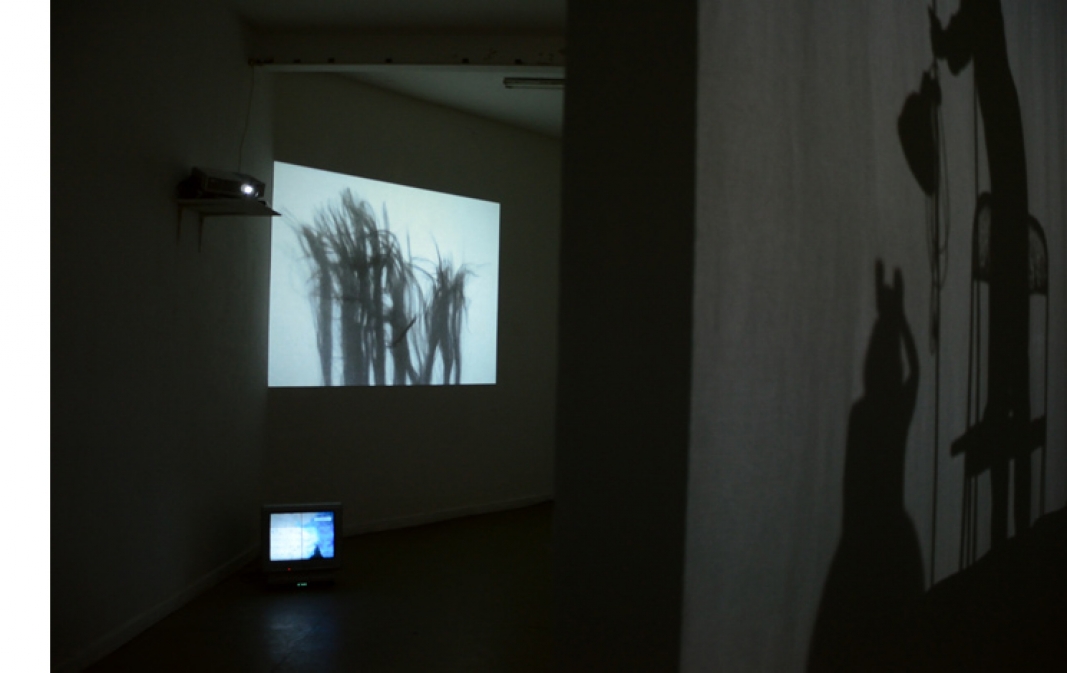 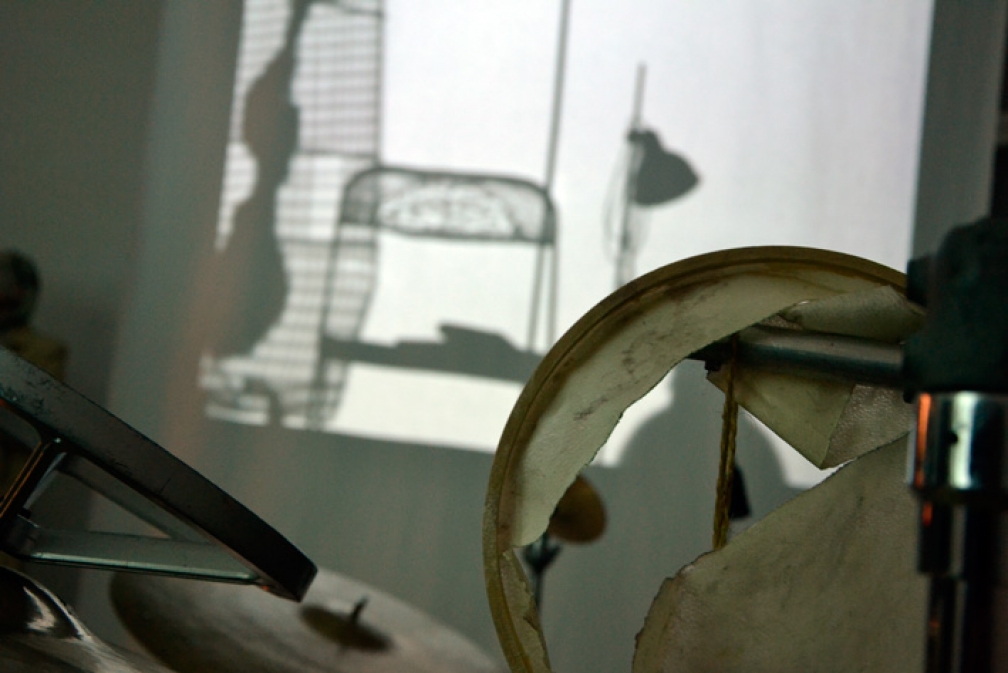 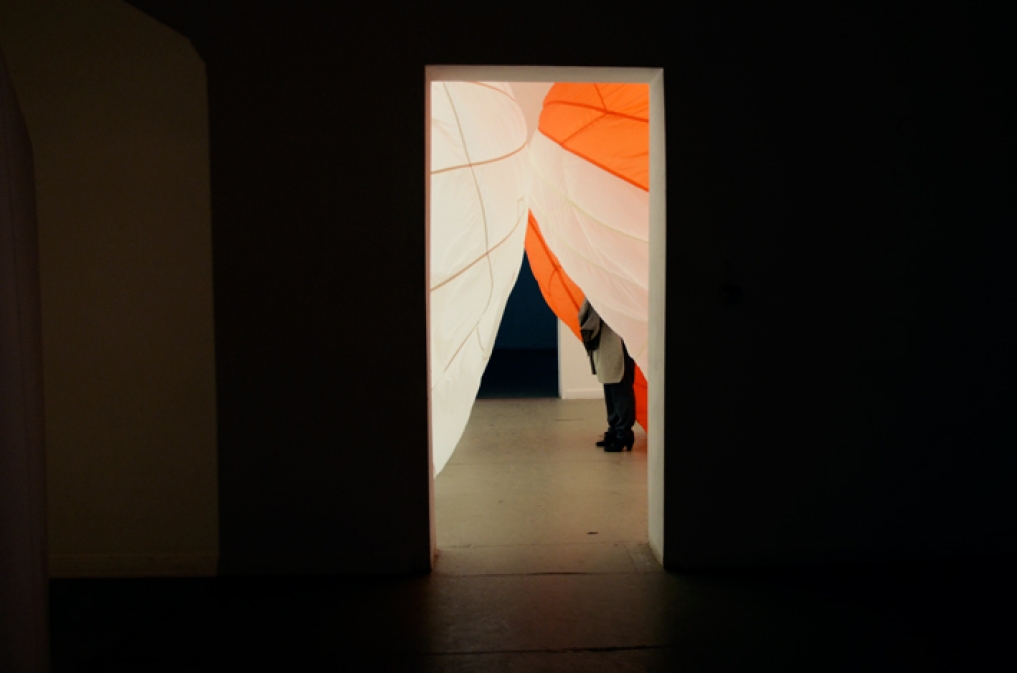 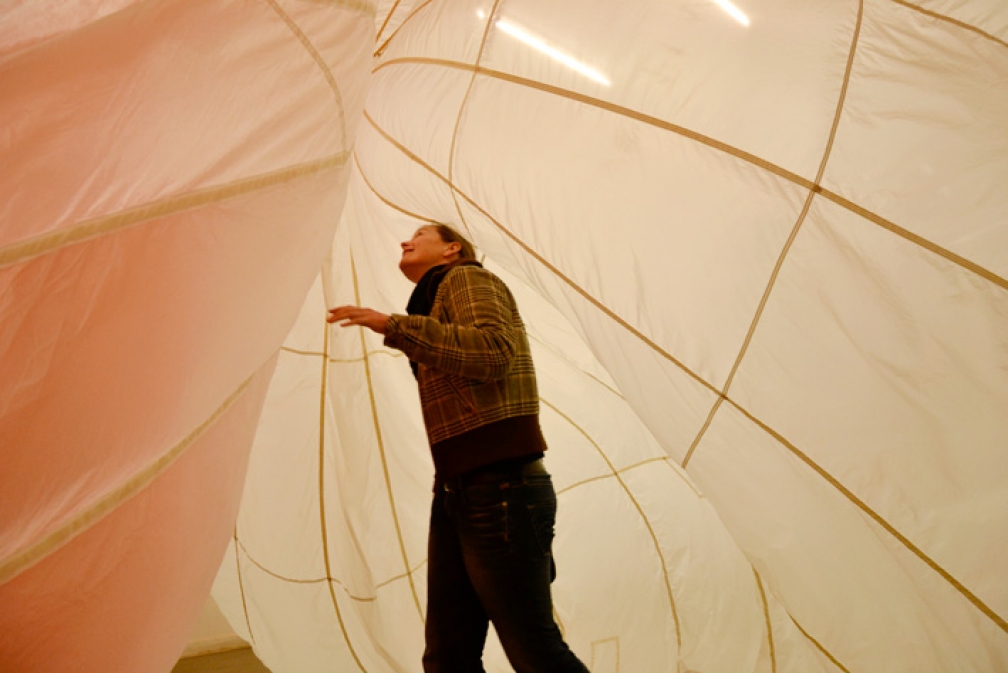 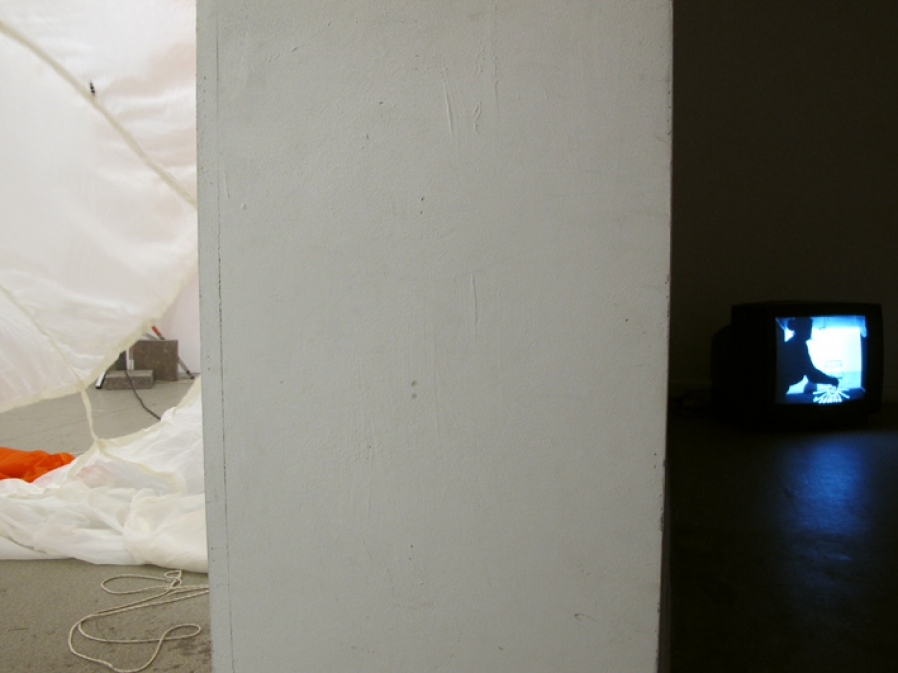